Stove installation in a Thatched Property requires particular expertise and a thorough understanding of the additional guidance and legislation. Below are some of the main points, Brightside installations will be more than happy to provide you with any assistance you may need in implementing these important recommendations. 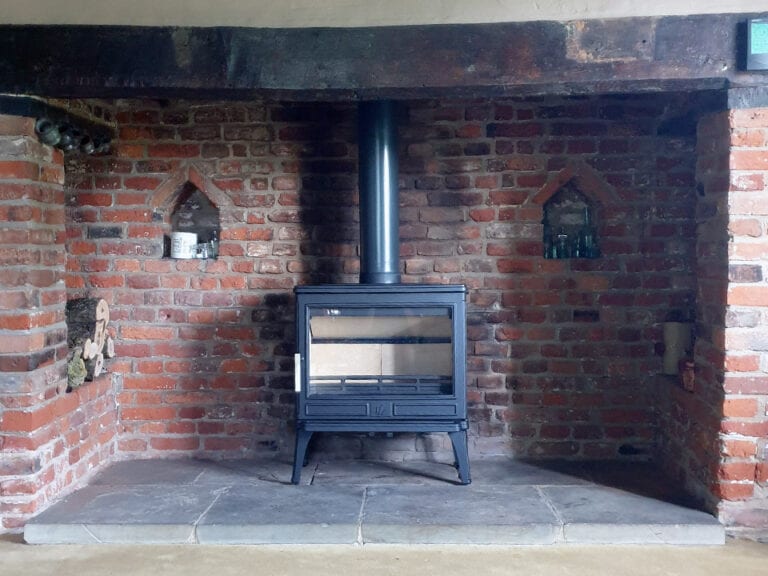 The wood-burner installed must be appropriate for the size of the space to be heated. Over-specifying the stove output increases possible operating temperatures.

Wood-burners should always be lit and operated in accordance with the manufacturer’s recommendations. Models that have a separate ashpan door should never be operated with the ash-pan door open.

Do not use paper or cardboard to help light a fire. Fire-lighters and dry kindling produce fewer sparks. Burn only fuels recommended by the wood-burner manufacturer. Do not use softwood, unseasoned wood or joinery/carpentry off-cuts, or use the fire to burn paper and card.

Stay with the wood-burner during lighting and re-fueling, and reduce venting once the fuel is alight. Maintaining strong ventilation during normal burning increases the temperature and velocity of flue gases and may increase the risk of thatch ignition by various means. Operating the wood-burner with a bright flame indicates that the fire is oxygen-rich and operating at higher temperatures than necessary. 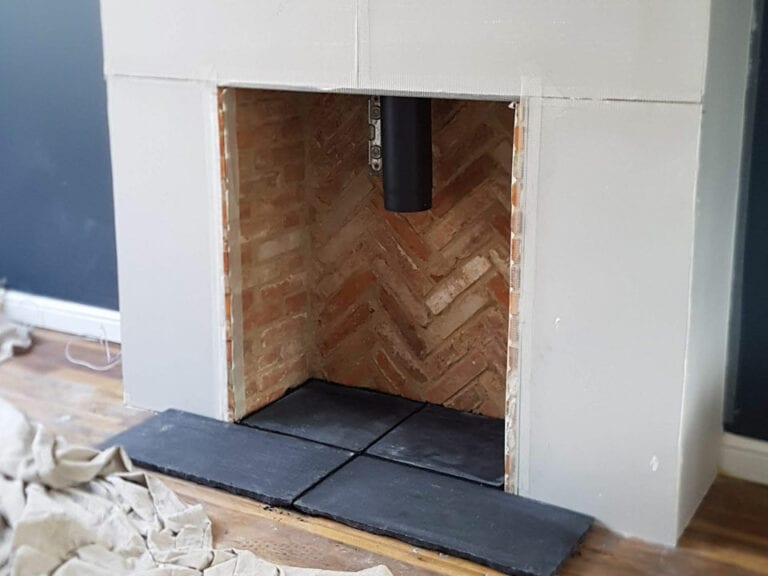 Install a stove pipe thermometer to ensure that the wood-burner is operated at the correct temperature. These indicate when venting needs to be reduced to lower temperatures and reduce flue-gas velocities. It also shows when the stove is being operated at too low a temperature, which can increase the accumulation of soot or tar on the inside of the flue, providing fuel for a chimney fire.

A flue liner is recommended for all properties where the condition of the flue brickwork or mortar may be in question; this will reduce the risk of hot gases escaping from the flue into adjoining thatch.

A bird guard or bird deterrent should be fitted to the top of the chimney to prevent birds nesting. The device must neither impair the operation of the flue nor be capable of becoming blocked, nor should it hinder thorough chimney sweeping. Chimney flues should be swept at least once a year, but more often if the fire is used frequently. Check requirements with your insurer.

A camera survey should be undertaken every 12 months, even in chimneys that are fitted with a liner, to observe their condition and suitability for continued use. 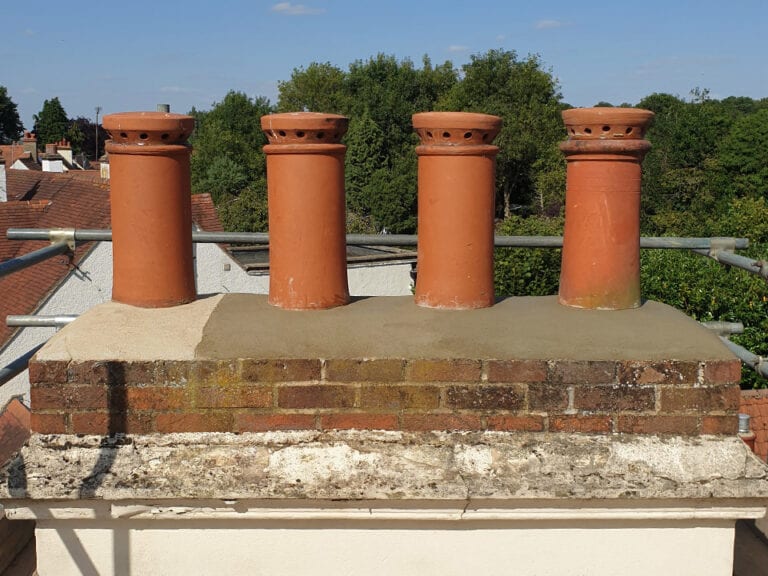 Please call between 8am and 8pm Monday to Friday and 9am to 3pm Saturday’s.